I Should Resign on November 9th


RUSH:  Folks, do we have a treat for you today.  We went back to the audio and video archives of nearly thirty, what, six years ago, 35 years ago to share with you election night coverage from 1980 on NBC News with Tom Brokaw, John Chancellor, David Brinkley, and Judy Woodruff.  It’s coming up in mere moments.  It requires a little bit of setup.

Great to have you here as we’re off and running on yet another excursion into broadcast excellence here on Tuesday, Rush Limbaugh at 800-282-2882. 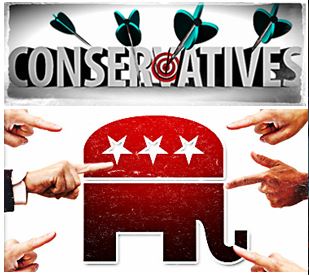 Now, okay, let’s see what the Drive-Bys do with this.  Let’s see how many of them, “Limbaugh announces resignation on November 9th if –”  Let’s see what happens with this.  ‘Cause the media that will report on what I just said will never hear what I actually said.  They will read what I said as reported by others.

RUSH: Just happened on CNN’s Inside Politics.  John King spoke with political correspondent Nia-Malika Henderson.  Remember, I told you at the beginning of the program that we can see it happening two different — actually, there were three pieces yesterday and one so far today — opinion pieces that are getting ready to blame Trump’s massive defeat on me, so much so that I have announced considering resigning on November 9th as a matter of honor.  It’s my fault even though I’m not on the ballot.  But here, this speaks for itself. This is Nia-Malika Henderson explaining to people why Trump is the bad guy he is.

RUSH:  Now, what in the world do I have to do with it?  Why is my name thrown in there?  “He’s very much on track to be more like a Rush Limbaugh figure.”  I’ve never run for anything, I’ve never failed to concede, and I’ve never, after losing, gone back and challenged the loss two or three days later.  But nevertheless we can answer the question.

Folks, if this goes the way they think it is, they are going to clear the playing field next.  That will be the objective, just to wipe out and eliminate all opposition.  And no matter where you turn, Washington Post, New York Times, now CNN, you can see signs of what they have in mind.

RUSH:  Mr. Snerdley thinks that it was ultimately a compliment, although it may not have been intended as one.  It could have been a compliment, right?  From the CNN? What is she?  She’s a political correspondent, Nia-Malika Henderson. … Play this. Before we get back into things here, play this one more time. This is this afternoon on CNN’s Inside Politics.  The point here is, the media obviously thinks it’s over. It’s a landslide upcoming for Hillary, and so now CNN, even though the CNN poll has Hillary down now being plus five…

By the way, you know what their Democrat oversample was in that poll?  It wasn’t nine or 10 like normal.  It was like a Democrat oversample of five, 5% over the Republican registrations.  It was more realistic.  And in that poll, Hillary’s up by five.  I still maintain that, given everything the way it’s played out, she ought to be up by 30. You look at the money advantage, the media advantage.  In fact, the Republicans are not even unified by their nominee.

“Our new poll shows nearly nine-in-10 Clinton supporters have confidence in the election system.  Just 49% of Trump supporters do.”  Now, Nia-Malika, “Trump is out there saying it’s a rigged election.  What impact does that have as we go into the final weeks, if Donald Trump keeps doubling, tripling, quadrupling down on the idea that the media is cooking the books, don’t believe the polls, they’re not just rigging the election, don’t believe anything they tell you?” What’s the practical impact of this?

HENDERSON:  Hillary Clinton will have her moment, likely her historic moment, and people will be waiting to see what he says. And I think the truth is, even if he concedes that night, it’s likely that he might go back a couple days later and say, “Well, I’m not really sure whether or not this thing was on the up and up.” You know, I think he’s very much on track to be more of like a Rush Limbaugh figure.  He was never running as a statesman, so to expect that on Tuesday night he’ll give some sort of gracious concession speech is unlikely. And I think no matter what he says, his people are likely gonna see Hillary Clinton as an illegitimate president.  They saw Barack Obama, in many ways, as an illegitimate president even though McCain conceded.

RUSH: Yeah, she recalled. You might have a point.  You know what this might be?  Her reference to Trump being more like me, “a Rush Limbaugh figure,” could be traced back to my saying, “I hope Obama fails,” that I refused to accept that Obama was the president and that I didn’t want him to succeed.  You know that did throw them for loops back then.  I didn’t… Honest to God, folks, I hate to relitigate old things, but I was asked — a lot of other people were, too — to write 400 words for the Wall Street Journal on our hopes and dreams for the Obama administration, and I said, “I can do it in four: ‘I hope he fails.'”

It was plain as day what I was saying, and I don’t change a word of it.  I meant it then, and I meant it now.  But they’re saying that Trump may end up being this kind of figure where Hillary is concerned, you know, refusing to accept that he lost.