It’s Infuriating! Gore’s Refusal to Accept the Legitimacy of the 2000 Election Still Has Harmful Ramifications to This Day

RUSH: Look, for those of you just joining us, I want to run through some things very, very quickly here again, at the risk of repeating myself for those who have been listening since the beginning of the program, top of the previous hour.  This is so overblown and it is so out of proportion.  I would wager that everybody acting so outraged over this knows full well that Donald Trump was not promising to blow up this country if he loses the election.  He was not saying that at all.

And for these people to try to characterize what he said in that fashion, they’re the ones that have explaining to do.  Not Trump.  Trump is simply behaving according to common sense.  He couldn’t have answered that question any other way.  There’s all kinds of cheating already going on, aimed at him.  The Democrat Party from the White House on down to the Clinton campaign has tried to screw up his rallies, has tampered with things that have been portrayed as Trump protesters going off the radials and becoming unhinged.

The WikiLeaks email dump of John Podesta shows coordination at the highest levels of the Democrat Party to engage in chicanery and other kinds of cheating and fraud, and they openly strategize about it.  In a way, it kind of makes you jealous when you read how organized these people are and when you realize our side doesn’t have anything like this.  They don’t leave anything to chance.  And the reason they don’t leave anything to chance is because they know they’re in the minority.  They still are in the minority.

So they have to do everything they can to mischaracterize us and their opposition and impugn and destroy, and classic is what they’re doing here with Trump and his answer to that question last night, whether he would accept the results.  These people, we know they’re meeting at the White House to discuss and plan efforts to upend Trump personal appearances.

They didn’t let it go, ever.  They used his illegitimate victory in Florida and they blamed that on the Supreme Court.  They said the Supreme Court was rigged!  They accused the Supreme Court of being rigged for Bush.  They accused the state of Florida of being rigged for Bush.  They didn’t accept that result ever.  It’s one of the reasons they couldn’t ever let go of their hatred for George W. Bush, because once the recount started, that’s when they thought they would prevail.  That’s when they thought they knew best how to win by cheating.  And they weren’t able to pull it off.

They had a very helpful Florida state Supreme Court which kept giving them opening after opening after opening to keep counting, to keep counting, even after it was established that Gore did not have the votes in Florida.  They wanted time to reexamine hanging chads and try to change votes and finally the U.S. Supreme Court shut ’em down and they’re running around like stuck pigs.  The Democrat Party top to bottom running around like stuck pigs claiming they had been cheated, the election was illegitimate, George W. Bush was illegitimate and for eight years everything Bush did was illegitimate and they used the Florida recount as the basis for their opposition to Bush.  And they had every American they could possibly convince thinking Bush was illegitimate. 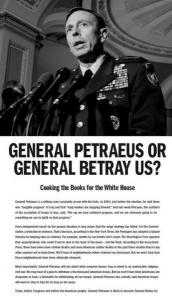 Yes siree, the angelic Mrs. Clinton, who is in truth Nurse Ratched, along with her husband and Algore and everybody else in the Democrat Party running around delegitimizing everything that happened in the George Bush presidency — doesn’t matter what it was — because he was illegitimate.  They wouldn’t let it go.  And for these people and the people in the media to be running around saying Donald Trump poses the problem, when we’re still living through the nightmare and the ramifications of the Democrat Party refusing to accept the legitimacy of the 2000 election.  Do not doubt me.  It is what they still use.

Michael Moore is still out there making lying documentaries like Fahrenheit or whatever it was 9/11.  Republicans even participated in that just for the chance to be in a movie.  Yes, it was so cool. Never mind the fact the whole point of it was to establish that Bush and everything about him was a liar and unqualified, disqualified, illegitimate.  It’s still causing ramifications in our politics today.  They will not let it go.  They did not let it go.

And this is why I am so righteously indignant — I really am — over the way they’re mischaracterizing Trump’s answer to the question when the behavior is already on the books and continues to this day by them.  It is all the adjectives you want to come up with, unconscionable, unacceptable, but it frosts me the hypocrisy in unison that everybody in the Washington establishment is acting like Donald Trump poses the greatest threat we ever had to our great democracy.

These people pose a threat to it.  They’re trying to transform it, for crying out loud. The modern day Democrat Party is itself trying to unravel and transform the founding of this country.  And they are doing it having not been elected to do it.  And well over half of the fundamental transformative changes happening in this country are being forced on the American people.  They didn’t vote for it.

A bunch of unelected bureaucrats issuing anonymous regulations that are imposing burden after burden on small business and humanity in general and just everyday, ordinary people, impacting their freedoms and reducing them, political correctness is running rampant, people afraid to tell you what they really think about anything, Donald Trump blows it to smithereens, and look what happens when you do.  They set out to destroy you.  And all the while they get to occupy the perch of cleanliness and purity. They are the protectors.  They are the guarantors of all that is precious and virtuous in this country.

B-freaking-S.  They are the exact opposite.  These are the people systematically tearing down the traditions and institutions that have defined this country’s greatness.  And finally, somebody has decided to stand up and fight back against it.  And that’s not acceptable.  So we have to lie about what he says, mischaracterize what he says and start acting like a bunch stuck pigs over it.  You would think that Donald Trump had promised to start a civil war last night.

Why do we have observers in the U.N.?  Obama, Jimmy Carter, all these clowns bring in election observers in this country, as though we’re a Third World country.  Why, if our elections are so aboveboard?  And only Donald Trump threatens them.  The New Black Panthers, don’t forget we had legitimate vote fraud at a polling place in Philadelphia, the DOJ drops the case because Eric Holder says we’re not gonna pursue people of color on my watch.  No, people of color have a little bit of leeway here to behave illegally because they’ve been so mistreated in the previous years that to make up for it we’re gonna let them have some leeway so we’re not gonna prosecute ’em for intimidating people who wanted to vote in Philadelphia.

I mean, the evidence is all over the place that the Democrats do everything they can to stop any serious effort at cleaning up vote fraud.  Ask the Democrats to purge voter rolls to get rid of people who have died.  Ah, ah, ah, ah, the sanctity of the voter rolls must not be tainted by the American political system.  All right.  So we can’t purge dead people so we must obviously still want dead people to vote.

It’s just breathtaking to watch this.  The unison, the similarity, the identical words that everybody’s writing or speaking.  And just one more observation again.  They’re acting like Trump had this election won.  Folks, don’t misunderstand me here.  The reaction to Trump that they’re having over his lack of proper answer to that question last night, they’re saying Trump blew it.  “Well, that’s it, that’s it, I mean, Trump’s thrown it away now.”

Well, I thought he had no chance anyway.  I thought going into the debate last night it was over.  I mean, they cite their polls that show Trump down 10, down 11, down 12. He doesn’t have enough time left. He’s a reprehensible guy. He doesn’t have any opportunity to win this, it’s over, and then all of a sudden he answers the question the wrong way, and they’re acting like he was gonna win until he did that.

None of this, if you follow it logically, follows.  It doesn’t make sense.  Until you understand who they are, what they’re doing, and how.