No Matter what Happens in This Election, We Won’t Quit

CALLER:  Having always said that you would tell your audience when you felt like it was time to panic or when you felt like we had lost the country, and seeing stories like one on TheHill.com today that posits the theory that Hillary could run away with in excess of 400 electoral votes, my question for you is, should something like that come to pass and should Hillary be able to pull off a victory with new landslide margins, might that be the catalyst for you to feel like we’ve reached that tipping point. And if not, how would you see this country recovering from such a possibility?

The effort to educate the American people will never end.  The effort to persuade the American people will never end.  The techniques, the procedures, the strategies will have to change, and I think we’ll have to do a better job of informing people — or not informing them — a better job of having people understand that the things they think in their lives are going wrong are for specific reasons that they have voted for.

It’s stunning.  Troy, it is stunning even now.  Barack Obama with a 55% approval rating, are you kidding?  That doesn’t tell me that 55% love what Obama’s doing.  It tells me that a lot of people do not link Obama to what they know is going wrong.  Everybody — well, not everybody.  That’s a bit of an exaggeration.  Majorities of people admit the country’s headed in the wrong direction.  They admit that the job market is bad. They admit things are not right. They admit student loans are way too high, college education is not what it is.

The problem is they’re not associating that with the culprits.  The culprits are the Democrat Party, and for whatever reason, the people of this country are blaming Bush, blaming Republicans, blaming Wall Street, blaming the banks, blaming whatever, going all the way back still to the financial disaster of 2008.  Now, it’s gonna be problematic if they win, landslide or not, they’re gonna get Supreme Court appointments.  But as long as you have kids and grandkids, and as long as you have this fervent desire that they have the same opportunities you had, you can’t cave.

By the way, back in those days, when I told you that I would tell you it’s time to panic, panic did not equal giving up.  Panic did not equal quitting.  It might have meant moving to New Zealand for a couple years, but it didn’t mean conceding.  And I don’t intend to concede.  I still am not convinced that a Hillary Clinton landslide win — Democrats don’t campaign on what they actually do.

So there are a lot of explanations for this that do not include the American people actively, consciously, happily choosing Big Government socialism.  There are a lot of people that do. I mean, there’s 94 million Americans not working, but they’re all eating, you know how the phrase goes there.  Panic in the sense that it’s time to get serious, yeah.  But not in the sense that it means quit, never that.

RUSH:  Hey, folks, look, I know a lot of you are ready to throw in the towel if this ends up in a Hillary landslide, a Hillary win.  I know you’re probably ready to throw in the towel and forget this stuff.  You’re gonna think it’s pointless, at this so many years and can’t seem to triumph.  Look, I can’t win here no matter what I say because it’s all gonna be categorized as a equivocating or excuse. 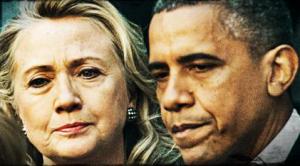 So there’s things being blown up here before our very eyes that are gonna have to be reassembled.  Regardless of who you want to blame, don’t you find it frustrating as all get-out that whatever you call us, Republicans, conservatives, Libertarians, whatever you call us, that we can’t unify around the simple concept of defeating Democrats?  No matter who.

If we had nominated Cruz, we wouldn’t have been unified.  If we’d nominated Rubio, we wouldn’t have been unified.  If somehow Romney had snuck back in there, we wouldn’t be unified, guaran-damn-tee you.  Take your pick.  If Jeb had won the nomination we are looking at four to six million conservatives sitting home again, I’m telling you.  There’s no recipe in that last primary where everybody ends up unified around the concept of defeating Hillary Clinton, and that is a huge problem.  And more on that, of course, as the days and weeks unfold.