RUSH: Here’s the media’s latest effort to poison the water, muddy the water, and keep us in the sewer and the gutter to which they have taken us.  We have a montage of Drive-Bys and Democrats reacting to the horrible, the just untenable, the unacceptable allegation that the election is rigged, by Donald Trump.

RON BROWNSTEIN: Is this wrong? It is dangerous rhetoric.

CHRIS STIREWALT: Dangerous energy that is out there when people feel like the system is rigged.

MARTHA RADDATZ: Trump has been ramping up the rhetoric about how the election is rigged. How dangerous is this?

YAMICHE ALCINDOR: It’s dangerous feeling this election is going to be rigged.

They react in mock horror, “Oh, my God!  What’s happening to our precious institution?”  You people who are destroying institution after institution are worried what Donald Trump is doing when he hasn’t done anything.  His fingerprints aren’t on anything.  You’ve destroyed the health care system.  You’ve got open borders and destroy the very makeup of this country.  You want to attack the founding of this country and transform this country into things it was never intended to be.  And you say that Trump poses a danger?

Trump is the solution!  Somebody like Trump is the solution.  Somebody that’s gonna put the brakes on the real danger that we are already in.  This is incredible to me.  (imitating media) “This is dangerous.  Why, this is very dangerous.  Why, the shocking attack on our institution.”  Shocking attack?  What have you people done to marriage, for crying out loud!  What are you doing to religion, for crying out loud!  You attack virtually everything that identifies this country in its traditional, founding way.  And Trump poses the danger?

The American Republican base isn’t falling for this anymore.  And as long as Trump keeps punching back, as long as Trump keeps fighting for what they believe, he’s gonna continue to get their support.  They’re not gonna abandon him.  And that’s what all this is, is an attempt to shame people into abandoning Trump.  “Oh, what a danger, why, he’s a suggesting a rigged election.” The dead elected JFK, for crying out loud, in Chicago and West Virginia.  What do you mean, elections aren’t rigged?  Of course they are!  What do you think early voting is all about, for crying out loud?

“Mr. Limbaugh, you’re totally wrong about early voting.”  Early voting is for the disabled and disadvantaged and the people that can’t vote on Election Day.”  No, that’s not what it is and you people know it.  Election Day was defined as Election Day for one thing. There is no early Election Day ’til you people come along ’cause you don’t trust the outcome of elections unless you have a little hand in ’em.  We all know what’s going on here and we’ve known for a long time.

Now, Andy McCarthy has a piece at PJMedia.com.  And I think it’s a good rejoinder to this panic in the Drive-By Media over the danger posed to our traditions and institutions by Trump.  You notice how the words of somebody are what’s destructive to the Democrats?  The actions they have taken in destroying or trying to destroy or alter or transform one institution after another, real action, real change, real reversal, no, it’s not dangerous.  No, that’s progress!  Progress, Mr. Limbaugh. Trump poses the danger.

Why?  They’re just words.  You people will not even allow photo IDs for elections because you know it would end your ability to fraud people.  How in the world is a photo ID racist?  But they tell us it is.  You need a photo ID to practically do anything except vote.  And when you require a vote ID to vote, they tell you you’re engaging in racism or sexism or suppression of voting rights.  Suppression of voting rights?  How many Democrat dead people vote multiple times every election?  How many voter names have not been purged from the voter registration rolls over the years after they have passed away, still registered to vote?

The bus goes to the corner, people are picked up, they’re told you’re here, you’re there, you’re gonna go vote, go in, pull the level here, they go do it, they’re taken back home, usually to a slum.  And the Democrats say, “See you in four years.  Thank you.”  They talk to us about Trump damaging the institution of elections by claiming it’s rigged.  They’re reacting just a little bit, you know, it seems to me they’d be laughing at this if Trump was really the buffoon that he is instead of mock outrage. 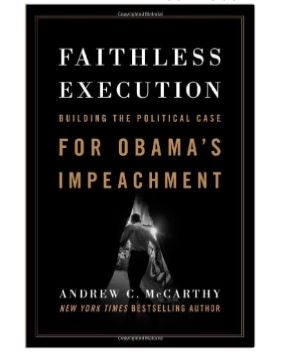 Well, our system no longer is working, and the reason our system isn’t working is because: “The Congress is AWOL: an increasingly irrelevant institution that: (a) does not see itself (either individually or collectively) as obliged to defend the Constitution; (b) delegates its legislative tasks to the sprawling bureaucracy, over which the president has far more influence; (c) punts tough calls to the judiciary, simultaneously refusing to exploit its constitutional authority over the courts’ jurisdiction in order to prevent or reverse judicial imperialism.”

In other words, a bunch of damage to this country has been done, and it could have been stopped using impeachment. They could have tried, but they take it off the table.  They’ve removed it as an option.  This is the Constitution’s mechanism.  We have a Constitution written by the founders that contains a mechanism to rein in a rogue or out of control president who is behaving extraconstitutionally, as this one is.

So is the power of the purse.  Deny the president the money for whatever it is he wants to do, and the Congress — Andy’s point is they have abrogated their entire constitutional responsibility and the power they were granted under the separation of powers.  “The power of the purse is now a toothless check. In the last century, the federal government’s most basic role has been transitioned from national security to social welfare, wealth redistribution, and economic regulation. … Congress is paralyzed by fear that any cutting off of funds will be portrayed as a denial of someone’s entitlement or other transfer payments.” 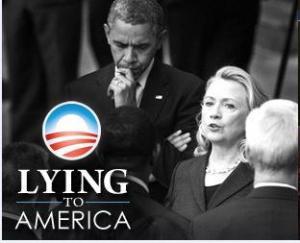 “Congress’s powers to thwart abuse of presidential power are dispositive, there are, really, only two of them. If Congress refuses to use its authority to limit or cut off funding, the only remaining limitation is impeachment. If, in addition, Congress takes impeachment off the table, there is nothing left but a rogue president’s subjective sense of what he (or she) can get away with politically. The same, obviously, is true of the president’s subordinates: If, despite their lawlessness or incompetence, Congress maintains (or increases) their budgets and shrinks from impeaching them, then they are limited only by the whims of the rogue president they serve.”

His theory, the reason our system is not working is because Congress has abrogated its constitutional authority and power to rein in a rogue president.  Well, we know why.  The president’s African-American and, as such, they would be called racists or bigots or what have you.  But the point is that there’s nothing wrong with the system.  It’s just not being used.

And Trump is not the problem.  Trump, by claiming an election is rigged or is going to be rigged — everybody knows what he means, by the way, by that — that doesn’t constitute what threatens our country.  What threatens our country is the Constitution is being ignored, the Constitution is being superseded.  It’s being ignored.  That’s the real problem, and the Republican base is fully aware of that, too.