Peacemaker Presides Over World at War

RUSH: From The Daily Caller.  “President Barack Obama said global warming ‘contributed’ to the Syrian civil war, shifting at least some of the blame for the deadly conflict from the repressive Assad regime to people driving gas-guzzling SUVs.”

That’s what they claim is causing the greenhouse effect, all the CO2 emissions.  (impression) “‘There’s already some really interesting work — not definitive, but powerful — showing that the droughts that happened in Syria contributed to the unrest and the Syrian civil war,’ Obama said during the South By South Lawn event at the White House Monday.” There you have it.  So Syrian civil war is not because there’s an evil dictator that does mean things. No, no, no, no! It’s because of climate change.  It just incomprehensibly idiotic, and yet did you see…?

I was talking about this, how the left has polluted all of these once really fine TV the shows to the point you don’t want to watch them anymore.  And the first episode of Madam Secretary was exactly about that, pushing the global warming agenda through the State Department, advising a Republican president that the greatest threat the nation faced was climate change, and even though he didn’t believe it, he’s got to do something. He’s got to come to terms with this about saving dams, about saving…

It turns ’em into mind-numbed robots with the government having all the answers, all the solutions.  The government makes most of the messes that we have and then people turn to the government to fix it.  Oh, let’s see.  Here’s an interesting story that’s juxtaposed with Obama and the climate change war in Syria.  When I saw this today, I kind of did a double-take because I was shocked.  It’s an AP story.  They have something called The Big Story, which is supposed to be a more important story than anything else they do it during the day. 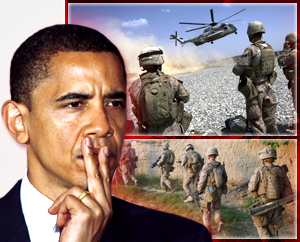 Obama hadn’t done diddly-squat but he was a blank canvas and you could make him be whatever you wanted be. If you hated Bush and hated the Iraq war and thought the country was on the wrong track, here comes the savior, Barack Obama! And the world bought into it. Nobel Peace Prize.  Now they’re thinking of taking it back because there are more wars going on with more American involvement than even during the evil George W. Bush.  And the AP story of all stories points this out.

Seven years ago this week when a young American president learned he’d been awarded the Nobel Peace Prize barely nine months into his term, a somewhat embarrassed Obama asked his aides to write an acceptance speech that addressed the awkwardness of the

“Seven years ago this week, when a young American president learned he’d been awarded the Nobel Peace Prize barely nine months into his first term … a somewhat embarrassed Barack Obama asked his aides to write an acceptance speech that addressed the awkwardness of the award.” I don’t think that he was embarrassed at all.  Obama’s not the kind of guy gets embarrassed with accolades.  He expects them!  This is the exact kind of thing that he thinks that he should be get every week.  Plaudits, credit for greatness and supremacy and superiority.