RUSH: Before we go to the break, very quickly, U.K. Independent: “Women are ‘Genetically Programmed to Have Affairs’.”  Women are predisposed by their genetics to have affairs.  The affairs are backup plans in case the guy with whom they’re in a relationship with turns out to be a dud.  It’s all about procreation. It’s all about life. It’s about making sure that the species survives.  This is in women’s genes, and they have affairs as backup plans in case Prince Charming turns into Prince Adolpho.  Mr. Snerdley, anybody you want to test the theory on?

RUSH:  Lest that anybody think I’m being prurient with you here, I’ll just share it with you.  “Women are predisposed by their genetics…”  For those of you in Rio Linda, it means it’s built in. They are born with it.  “Women are predisposed by their genetics to have a…” That means when they do it, you better not get mad at ’em ’cause they actually… They can’t help it. It’s genetically programmed in there to have affairs as backup plans.  What do you bet that this editor is a female?

“Scientists at the University of Texas say they are challenging the assumption that humans have evolved to have monogamous relationships.  The University of Texas research team has put forward the mate-switching hypothesis.” That’s what it’s called: The mate-switching hypothesis, “which said that human beings have evolved to keep testing their relationships and looking for better longtime options.”  The senior author of the research actually is a guy.  Well, that makes sense, now that I think about it.

His name is Dr. David Buss.  He “told the Sunday Times: ‘Lifelong monogamy does not characterize the primary mating patterns of humans. Breaking up with one partner and mating with another may more accurately characterize the common, perhaps the primary, mating strategy of humans.’ For our distant ancestors — when disease, poor diet and minimal healthcare meant that few people lived past 30 — looking for a more suitable partner was necessary…”  So, you see, it’s all in there.  It’s all in the genetic code.

It’s all built in; it must happen in order for the species to survive.

As I say, anybody you’re thinking you want to test this theory on, you might now have it open.

RUSH:  Okay.  There’s one more thing here in this story from the University of Texas that’s actually in the UK Independent about women being genetically programmed to have affairs.  It also points out, there’s another measure that the researchers had and that is that men with ring fingers longer than their index fingers are also predisposed to be promiscuous.  Those with ring fingers that are the same size are predisposed to monogamy.

Now, I imagine you’re all measuring about now, so let me see. Both of them have longer ring fingers than their index finger, so’s mine.  I think this may be kind of flummery here because I bet everybody’s is.  I’ll bet everybody’s ring finger’s longer than their index finger, may be part of the — (interruption) Well, you’re woman.  We’re talking here about men.  Your genes already have you established as having an affair.  We’re now talking about men and whether they’re predisposed to do it.

RUSH: We go to Chicago, Dave.  Great to have you.  Glad you waited.  Hello, sir.

RUSH:  — they’ll screw it up by having an affair anyway, despite the fact that they’re happy?

RUSH:  And women, you think women who have affairs are doing it ’cause they’re unhappy?

CALLER:  A lot of them, yeah.  A lot of them.  You know, you can’t say everybody.  I think a lot of women who have affairs are unhappy in the relationship, yes.

RUSH:  Well, that’s basically what the researches at the University of Texas say, that the affair is a backup plan. 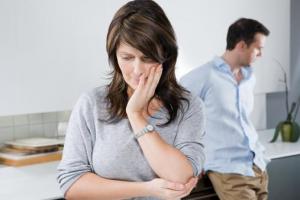 RUSH:  — and goes south.  Okay, so if men will have affairs even when they’re in a happy relationship, what does that say?

CALLER:  I don’t know.  (laughing)  I’ve come to that over the years by watching friends, you know —

RUSH:  Ohhh.  So you know a lot of guys that have had affairs, then, you have a lot of anecdotal evidence on this?

CALLER:  Yes, I have.  And watching on TV, watching the politicians and the movie stars weeping ’cause they got caught in a relationship —

RUSH:  You gotta throw Hollywood out.  You can’t compare what happens in business marriages to what happens in what you and I would call actual love-based relationships.  Don’t make that mistake.  People who live their relationships in the gossip pages, that’s a business, and you can’t start comparing. Having affairs may be a way of promoting an upcoming movie, you know, getting caught having an affair, getting caught in a bar at two in the morning with a scantily clad woman may be a way to promote your upcoming movie or to keep your name in the news.  So don’t mix the two.

However, your theory is as good as anybody else’s except yours is not backed by science like those at the University of Texas.  I mean, women, it seems like they’ve got a built-in excuse.  They can’t help it.  It’s like God programmed ’em, you are gonna give birth, you are gonna make sure this species survives even if you have to have an affair, and I’m gonna program it in your genetic code so that if things are not working out, you’re gonna go out there, you sleep around until you are able to maintain the species.

That’s their excuse.  That’s what the research is saying.