So all day on the Drive-By Media they have had members of the “pussy generation” on as guests. I saw on Fox not long ago a couple of women, apparently of this generation, and they were being asked what they thought of Eastwood referring to their generation as the “pussy generation.”  They were outraged.  I mean, these women are in their thirtiess.  Who knows.  I’m guessing thirties, maybe early forties.  I recognize one of them and I didn’t recognize the other.  And they were just livid.

EASTWOOD:  It’s a bad thing to be too PC, but I think there’s a limit to it.  I mean, you don’t have to be rude to somebody.  But also, you know, the other guy was being exploited by a political party.  That’s no good either. Whether either party does it, exploitation, you shouldn’t take advantage of some poor slob.

RUSH:  Eastwood is weighing in the Khizr Khan situation by suggesting that Trump should not be trying to take advantage of some poor slob.  Clint Eastwood, who carried on that magnificent imaginary conversation with Obama at the 2012 Romney convention.  I thought it was great.  Some people thought it was hard for the younger generation to decipher and that it didn’t quite hit home the way everybody had hoped.

So to me it was pretty hip.  So we have that out there.  What else do we have out there?  We’ve got, oh, yeah, we’ve got what sound bite is this?  Liz Mair, she’s a Republican consultant.  Can somebody tell me off the top — does anybody know?  Seventeen I’m told that it is.  Cookie, when I got up today, the first thing I do when I get up is… the second thing I do when I get up is I check the email and there was an email there from Cookie.  And it said:

The question:  “Have you lost any hope that the GOP can rein Trump in to be more traditional or at least more disciplined as a candidate?”

MAIR:  I lost all hope of that, uhhh, probably seven, eight months ago now, quite candidly.  It’s amazing to me that anybody is still having a discussion about having some sort of an intervention or bringing him back on message.  This is his message.  His message is being a loudmouth dick.  We’re going to continue to see the Republican nominee basically acting as if he’s on a suicide mission and aiming to take the whole rest of the party down with him.

RUSH:  It was just earlier this week that I was telling people how proud I am that I have been able to maintain the high standards of refined and sophisticated communication.  For example, by not slinking low and using the word that begins with a P to describe urinate.  That word is common.  You hear it all over, everywhere.  You hear it on cable news, on broadcast TV primetime. You hear it on talk radio.  I am very proud that I have not resorted to it.  So I get here today, and I’m faced with this dilemma. 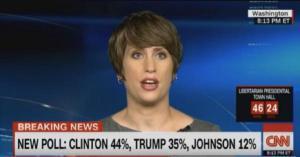 Not “with the phone,” folks.

Not with it, but while using it.  You know, I knew this generation… There was something different about them. When I first learned that the guys in the Millennial generation were not interested in cars, I thought that was a big moment.  That was seminal.  I mean, that could… I said to myself at the time when I saw that, “This could signal a tremendous shift in American cultural attitudes and behavior.” Because people — and not just young men. People’s relationship, people’s infatuation, people’s interest in cars has been in the top five things that you would say are distinctly American.

I mean, in Europe they don’t care about them.  You’ve got to buy something no bigger than a matchbox to fix the streets that haven’t been modernized since the 1700s over there.  So you can’t even get a real car over there that you can go everywhere in.  But here… Other than Germany. 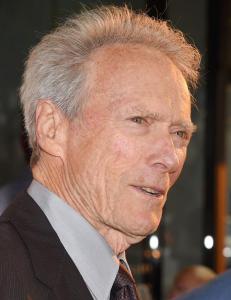 Sarah Flores being asked here by, who is it, Bill Hemmer.  He said: “The reason Clint Eastwood is a Trump guy is he is not a PC guy. What he said is, ‘Everybody’s walking on eggshells in America. We see people accusing of being racist and all kinds of stuff. When I grew up those things were not called racist.'” That’s what Eastwood is saying.  Here’s this young millennial woman reacting.

FLORES:  We have college campuses, a bunch of liberal academics creating safe spaces, students refusing to let conservatives come speak on campus because it will hurt their feelings or challenge their worldview. I think that’s incredibly harmful to these students, I think it’s dangerous for the future of citizenry of America. On the other hand, this idea that Clint Eastwood gets to call this generation of Americans not tough enough, not brave enough, that’s incredibly silly. I know single moms who are a lot tougher than Clint Eastwood. My best friend’s a captain in the Marine Corps, she’s a lot tougher…

HEMMER:  Did he say that?

FLORES: … than Clint Eastwood. He did. He used a different term that starts with a “P” and refers to cats sometimes.

RUSH:  Yeah, okay, I thought that was right.  This babe is not happy that Eastwood referred to her generation to that of the pussy; that she knows people that are tougher than Trump.  (imitating Flores) “Yeah, I have a friend, she’s tougher than Eastwood.  He did, he used a different term that starts with a ‘P’ and refers to cats.”  Oh, that was Hemmer describing what Eastwood had said.  Oh well, so she agrees that there are some pussies in the generation, but that Eastwood is wrong about the whole generation.  There’s a lot of people out there tougher than Eastwood is.