The Value of the Khans to the Democrats

RUSH: You know why the Khans are such a gold mine for the Democrats, don’t you?  Oh, this is so simple.  You know why they won’t let go of the Khans?  By the way, Mr. Khan is now: I’ve done enough. I want to go back to my private life and so forth.

Why?  Well, beyond mission accomplished, but why?  But here’s the value.  The value is that with this one instance, the Khans and their hero son, the left can now say that Islam is a religion of peace and that there is no terrorism in Islam, and so all of you people that think ISIS and Al-Qaeda is Islam, you’re wrong and we’ve got the proof in the son of Mr. and Mrs. Khan.  (Raspberry) you.  That’s the value.

The Khans allow, permit the Democrats, in their mind, to reject and obliterate a potentially vulnerable talking point.  It’s a big deal, ’cause here you’ve got Trump wanting to increase the vetting procedures to keep Islamic terrorists out of the country versus the Democrats who don’t want to do that ’cause they will take any vote from anywhere they can get it no matter what.  The Democrats constantly appeal to minorities, and they can’t wait to categorize everybody as the next victim of some minority.

Paul Bedard writing in the Washington Examiner, headline:  “Khan Specializes in Visa Programs Accused of Selling US Citizenship.”  I knew this was gonna happen.  There’s all kinds of people trying to find out, okay, who is this guy?  I mean, beyond how he identified himself, who is he, what does he do?  Is there anything we can learn that might explain his motives for being a pro-Hillary voter and an anti-Trump, anti-Republican person?

Here’s what Paul Bedard at the Washington Examiner found. Khizr Khan “is an immigration lawyer who specializes in a highly controversial program accused of letting immigrants buy their way into [America.] Khizr M. Khan’s website notes that he works to help clients with the E-2 and EB-5 programs that let overseas investors buy into US companies and also provides green cards for family members. [His website] also said that he helps in the purchase of US real estate and businesses. …

“‘The E-2 and EB-5 are two of the most notoriously abused visa categories that essentially allow wealthy foreigners to buy their way to US residency, and possibly citizenship, with a relatively modest investment,’ said Jessica Vaughan, the policy director for the Center for Immigration Studies. The EB-5 program has been caught up in multiple scandals and critics are pressing Congress to kill it. ‘The EB-5 is literally a “citizenship for sale” program in which a visa for a whole family can be bought for as little $500,000,’ Vaughan told [Paul Bedard].

“‘It is literally a “citizenship for sale” program, and it’s an amazing deal. Compared to other countries, America is the Walmart of investor visa programs,’ she added. One criticism is that it allows an immigrant to invest $500,000 in an approved type of business and in return get a set of green cards for the investor, the investor’s spouse, and all their under 21-years-of-age children.” What can they then do with the green cards?  Well, what do you think?  “Come on in!  I got a place for you to work, and it’s all legal.  I bought it.” 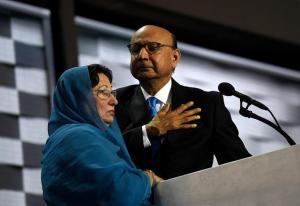 From the Washington Times: “Homeland Security granted a new temporary amnesty Monday to more than 8,000 Syrians living in the US right now, saying they can remain for up to 18 months longer no matter what their legal status.” You see all these things sneaking in here while we don’t even know it? We’re distracted by those things that we’re talking about and look at what else is happening.  “Homeland Security…” Not the US Congress.

“Homeland Security granted a new temporary amnesty,” just yesterday, on my 28 anniversary, “to more than 8,000 Syrians living in the US right now, saying they can remain for up to 18 months longer no matter what their legal status.” Homeland Security just says: Yeah, I think I’ll sign this document right now that authorizes this.  “Secretary Jeh Johnson issued ‘temporary protected status’ to Syrians,” 8,000 of them, “saying that if they are in the US as of Monday and continue to reside here permanently, they can apply for work permits and other documents to remain and live in the US without fear of being ousted.”

RUSH:  Here is Joyce in Pittsburgh.  It’s great to have you on the EIB.  Really glad you waited.

CALLER:  It’s an honor Rush to speak with you, and happy anniversary.

RUSH:  Same to you.  Thank you very much.

CALLER:  The one thing that I’ve been waiting to say is it seems to me that what the Democrats do with Mr. Khan is playing Whac-A-Mole with Mr. Trump. It’s the exact same thing they did with Sandra Fluke and Mitt Romney back in 2012.  Stephanopoulos is the attack dog, asks some ridiculous question, next thing you know everybody feels compelled to answer, and there’s the setup, and it’s all we’re gonna hear about. I mean, the legitimate loss of life with the blame going directly to the candidate was certainly Mrs. Smith and Hillary Rodham Clinton.

RUSH:  By the way, a story just came in, guess what?  Khizr Khan has taken down that website that describes how he sells immigration green cards.  It’s gone, it’s vanished.

CALLER:  Well, isn’t that convenient.  But it does amaze me.  I mean, Trump is a private citizen when Mr. Khan’s son unfortunately passed away in battle. Trump had nothing to do with the war in Iraq, but somehow he’s suddenly the bad guy?  Then why isn’t he waving his Constitution at both Barack Hussein Obama and Hillary Rodham Clinton?

CALLER:  Going against the Constitution.  But how convenient.

RUSH:  He’s one of them.  I mean, I get your question being he’s a blatant hypocrite, but he’s a partisan political operative for —

CALLER:  Stephanopoulos once again played the setup role so well.

CALLER:  Right.  And I just think it’s the exact same setup as back with the question that he asked Mitt Romney and suddenly we have the War on Women.

CALLER:  Exactly the same.  So thank you for taking my call.

RUSH:  You bet.  I’m glad you that you — are you looking forward to the Steelers this year?

RUSH:  Really?  Where are they?

CALLER:  Yes.  Oh, down in the end zone way up in no-man’s-land.  They were my dad’s tickets, and that’s what happened when he, you know —

RUSH:  There is no such thing as no-man’s-land at a Steelers game.

RUSH:  Oh, wow.  You were there for the dynasty.  That’s cool.  Well, look, Joyce, I appreciate the call, I really do.  I wish I had more time here, folks, I say every day I wish I did, but we don’t, but maybe we will, sometime.