Things That Trouble Me: The Left Sees Us as the Only Enemy in the World

RUSH: Mario in Deerfield Beach, Florida.  Hello, sir.  Great to have you.  Hi.

CALLER:  I’m honored to speak with you.  You know, when James Comey was explaining how some of those emails had fallen into the hands of adversarial countries —

CALLER:  Possibly.  The word “ISIS” popped into my mind, and then I was covered in sweat, because that is how this country can be in so much trouble if, God forbid, those emails have fallen into the hands of ISIS and Al-Qaeda.  And, you know, those emails, who knows what she had on them.

RUSH:  Hey, before you even get to ISIS and Al-Qaeda, you better be thinking of people like Vladimir Putin. Not to exclude ISIS and Al-Qaeda as relevant, but they don’t need intel to do what they’re doing.  But somebody like Putin who runs a major state in direct competition with us, I’ll tell you, this is so, so potentially damaging here.  Look, Mario, it’s a great point you’ve made.

RUSH: Let me see if I can say something cogently here.  This would be under the category of things that trouble me.  We just had a call, Mario from Deerfield Beach, Florida, and he was talking about the fact that Hillary’s email server was wide open, that Comey alluded to the fact that, quote, unquote, hostile actors may have had access to it.  There’s no question.

Folks, I don’t think — and I really want to be wrong about this — but I purposely expose myself to things that young people are doing.  I read the media they read.  I try to watch some of the stuff, I can’t handle much of it that they watch, but I vowed I’m not gonna become one these old fuddy-duddies, one these get-off-my-yard old guys looking down on young people as a bunch of inexperienced brats that have no business being listened to.  And I do it because I’m interested in their political outlook on things, ’cause I think that happens to matter.

So in the case of Hillary Clinton’s emails and whatever they contained, and a lot of it was classified, a lot of it was top secret.  That’s why any of this matters and the fact that you could have ISIS, you could have ISIL, you could have had Al-Qaeda, Vladimir Putin, the ChiComs hacking.  We know that she was hacked.  We’ve had people bragging about it.  But this is what people do.  The Chinese are trying to hack the DOJ every day.  The Chinese are trying to hack the Pentagon every day.  It’s the way nations do business.  And I don’t know that young people are even aware of this.  I mean, can you blame ’em? 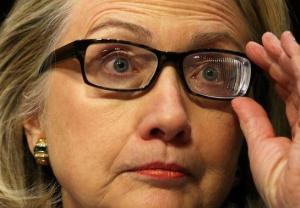 So that aspect of Mrs. Clinton’s behavior here may not have any impact on, I shudder to think, how many millions of Americans.  And therefore the real danger posed by her negligence and her incompetence may totally escape people, particularly those who have been conditioned by their teachers and their professors to think that the real problem in this world is the United States and its racism, its sexism, it’s homophobia, it’s mistreatment of transgenders in the bathrooms, the way it wouldn’t let gay people get married for all these years, slavery, that’s the kind of stuff that concerns me.

You got the Democrat Party out there promoting this and amplifying this as often as they can, that the United States of America is the problem.  It’s gotten so bad that when we are hit, there are a lot of Americans who think we deserve it, that we caused it because of our behavior as a nation all these years.  I think it is that bad.  I shudder to think how many millions think it, I don’t know, but I’m worried about it.  It concerns me greatly.

So when people begin talking about the danger posed by Hillary Clinton’s behavior, her lack of competence, her lack of concern, I don’t know if that hits.  Now, here’s something that, you know, I talked about Trump earlier, and I’m admittedly a little concerned here that regardless what we think of the legal system and its lack of doing its duty here with Mrs. Clinton, nevertheless you take opportunity wherever you find it.  Comey did detail for everybody, he detailed explicitly her lying, her prevarications, her incompetence, how she put the nation at risk, how she exposed national secrets and all this.