Why Are We Raising a Generation of Wuss Smart-Asses?

RUSH: Here’s Rosser in Atlanta, 17 years old.  Great to have you on the program, Rosser.  How are you?

CALLER:  I just want to say, I’m a big fan.  My dad got me into you a long time ago. So I’ve been listening ever since.

RUSH:  That’s great.  I appreciate it.

CALLER:  Well, the point I want to talk about is regards Trump and his comments on libel law with freedom of the press. But if you have time, I’d also like to make an additional point I thought of about social justice.

CALLER:  Okay, thank you.  Well, I’ve noticed that a lot of pundits and media people are attacking Trump for being anti-free press and for saying that he wants stronger libel laws.  And personally, I really agree with Trump on this particular issue.  No one knows better than you that there’s a huge number of sites and media people out there that really don’t care at all about news. They’re more interested in just destroying people’s lives.  Think Gawker, BuzzFeed. So personally I have no issue with there being some potential consequences for just outright lying.  So…

RUSH:  Well, you know, here’s what Trump is talking about with the libel laws.

RUSH:  If you want to fight it, then it’s, “Hello, discovery,” and they go get every aspect of your life that they haven’t yet discovered and they plaster that all over the place.

RUSH:  It’s impossible to defend yourself.  You just have to swallow it. You have to accept that that’s the price you pay for being famous or well-known or what have you, if you end up being a media target.  Trump’s point is that he is sick and tired of being lied about, and he wants recourse.  Of course, it’s got the media alarmed. You know, they’re fighting this on First Amendment grounds and all kinds of stuff.  It’s got them very alarmed.

RUSH:  Really?  (chuckles) I wasn’t aware of that. (laughing)

CALLER:  My second point is about social justice.  I mean, I’ve got plenty of experience with that, you know, I actually went to a private school for a long time and got plenty of that.  But I think that it’s kind of interesting that I don’t hear a lot of people talking about who’s really losing in this campaign.  Like, I’ve noticed the social justice culture is currently kind of crashing.  They’re not just losing; they’re losing with the full support of the PACs. They’ve got the media — you know, the billionaires, the Zuckerbergs of the world, the politicians, and academia, all that combined — and they’re still losing.

RUSH:  How are you defining “losing”?

CALLER:  Well, you look at the language policing and the political correctness and the safe spaces and trigger warnings and microaggressions and, you know, racist trees — what you were talking about earlier — and people look at all this and they just think it’s crap, and that’s why they’re supporting Trump.  That’s why I’m supporting Trump.

RUSH: “You’re not permitted to stay here! Get back in the dorm,” and they would have been totally within their bounds to do it.  Instead, they allowed the chancellor to be canned and railroaded out of town on a false charge: Black Lives Matter, a bunch of crap that never happened.  They’re not losing.

CALLER:  Well, I think that you’re right. It’s so strong right now; they’ve never been this strong.  But if they break this time… I think they really did break in the eighties and they retreated into academia, like University of Missouri.  But if they break now, it’s over for them for a long time, because they’d be breaking at the peak.

RUSH:  Well, let me tell you something: I hope you’re right. You’re 17, and I hope you just keep on.  I hope you’re able to attract a whole lot of people to join you in the way you’re thinking about this, because we need this kind of optimism and positive outlook with it.  A lot of people are at their wits’ end over this.  They don’t understand.  It goes so far beyond political correctness now, and a lot of people are writing about it.  It’s one of these things I’ve had here that I set aside. I didn’t have a chance to get to it yesterday nor today, ’cause it’s long. It’s detailed.

It’s two actually pieces, Victor Davis Hanson and David French, both at National Review, trying to figure out how did all this happen where you have college kids at UC somewhere in southern California that three months after Ben Shapiro — himself not much older than a college student now — goes, makes a speech.  Three months later the kids at that campus who weren’t even at the speech need therapy to deal with the trauma of having realized that he spoke on campus! And the university is granting these therapy sessions.  It’s absurd.

And so people wonder, “How is this happening?  Why are we raising a generation of wuss smart-asses?”  And the theories abound.  But one of the most frequent theories is that it goes back to the parents, that at some point in the past parents felt the need to be friends with their kids and to have their kids respect them. Rather than raise them to deal with life circumstances, to toughen them up, to teach them how to deal with adversity, the objective became to remove any potential adversity and get rid of any possibility of adversity.

And it’s been disastrous.

You have people my age reminiscing on how our parents raised with us, and it’s laughed at and smirked at and so forth.  You know, Roger Ailes tells a story. Imagine this today.  Roger Ailes tells the story — not just to me — that when he turned 18, his dad came to him and said, “So where are you gonna go?”  And Roger said, “What do you mean?”  “Well, you’re 18.  You can’t live here anymore, unless you want to pay for your room and board.”  Roger grew up in Ohio.  “When you’re 18, you’re on your own.  Go out and make your way in the world, Son.  That’s what I prepared you for; that’s the way I’ve raised you.” 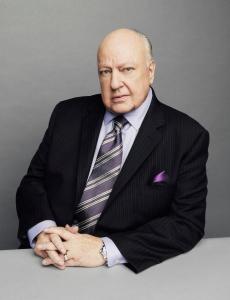 Can you imagine what would happen to a parent who did that today?  They’d be hauled in for child abuse! They would have been — and some of you may think that’s extreme, anyway. But it’s an interesting story.  It may be a little out there, but it’s not uncommon in the sense that that’s how parents raised kids, because the parents came from hardscrabble, tough times.  They knew what it took, and the objective of being a parent was to prepare the child to deal with whatever life may throw at them.

That, obviously, isn’t happening in many cases.

Now, in Rosser’s case, it actually is happening. Apparently, you know, you haven’t been raised as a wuss.  Not everybody is.  But it’s definitely a societal, unique occurrence that differs greatly from much of our country’s past in terms of the theories of child rearing.  And you take leftists and put ’em in charge of schools where the kids are under the control of teachers and administrators much more than even their parents, and we have a bunch of young people being raised that are totally ill-equipped — if they ever get out of school — to deal with what life is really like, ’cause you’re not gonna be treated like that. They’re not gonna be accommodated this way.  We hope.  Maybe it’s gonna be the other, and maybe these kids are gonna end up running businesses where the same kind of practices are gonna be permitted that have been going on at campus.

Anyway, Rosser, I appreciate the call, and I hope you keep on keepin’ on. Stay in touch.